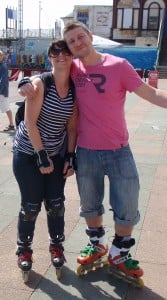 This year on wheels has been an interesting one, from perfecting my speed skating for Le Mans, to improving my transitions and slides so I could learn to play a bit of hockey (badly), I certainly feel I’ve improved massively all round this year.

It all started when I got back from Australia where I completed one of the most intense street skates I’ve ever done (and I’ve done the Greenwich tunnel suicide skate!) and after Sydney I decided that I wanted to become a more complete skater. When we got back from Australia me and my girlfriend Caitlin were out on the Serpentine Road and bumped into Asha who, after complementing our suntans, mentioned Le Mans. I’d heard a bit about it previously and had certainly seen a few t-shirts on the stroll but it sounded like madness to me. 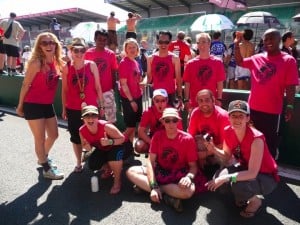 For those that don’t know what Le Mans is about: Asha asked me if I wanted to go all the way to France to skate for 24hrs around the Bugatti track.

How could I say no?

A few months before the event, Asha and Matt started to organise their Mashup sessions that were slightly (Matt) Taylored to Le Mans but also inclusive enough for non Le Mans skaters to join in and learn something useful. For me, the lessons really focused on technique and fitness so it was a kind of skate boot-camp, but I started to see the benefits almost immediately. For example I noticed on street skates that I could move through the gears quickly and smoothly and was overtaking people without trying to sprint past them. I was also way less tired afterwards as my skating had become so much more economical Some people even asked me to marshal – which is just crazy talk!

We also learned how to “draft” which was something I’d always thought was something you did in F1 and not skating along the Serpentine road. However, this came in real handy when we did the Goodwood Marathon 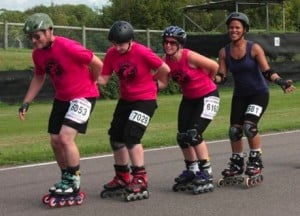 recently! But it wasn’t all about speed skating, I wanted to look cool too, and you just can’t do that in Lycra! Asha had also arranged a few advanced classes this year where I’d picked up the basics of 3 turns and slides as well as  really starting to improve my jumps and transitions, and I’ve now begun including this into my regular street skating too – All in order to look cool of course!!!

More recently I’ve realised that I want to put something back in to skating as I realise what its given me (usually a big grin) so I’ve put my name down for the ICP (skate instructor training) level one instructor course this September. 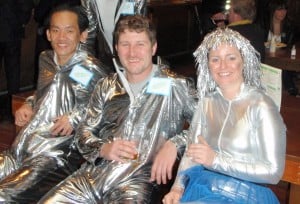 I’ll feel better qualified to help teach other skaters the basics and hopefully try to help grow the sport we all love.  If I can do half the job that these guys have done then I’ll know I’m on the right track.

Right, well, best go. I’ve got to go practice my backwards powerslides and my FS 360’s as I’m at the skatepark tomorrow.

See you out there!