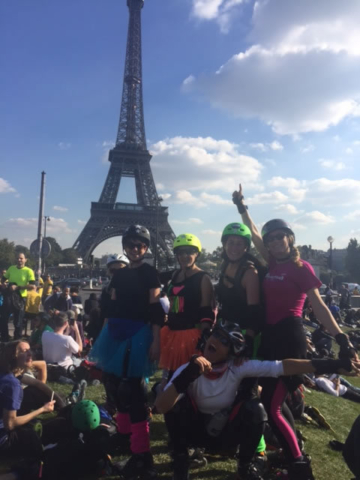 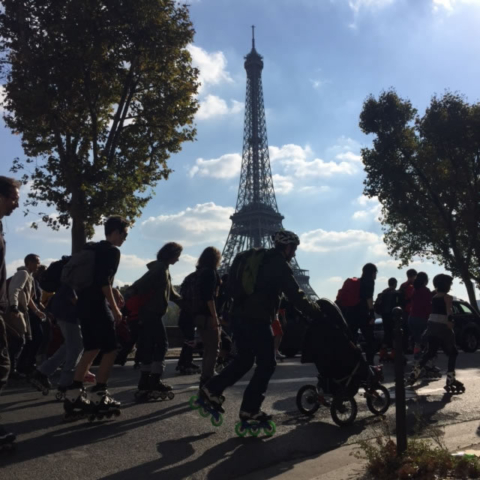 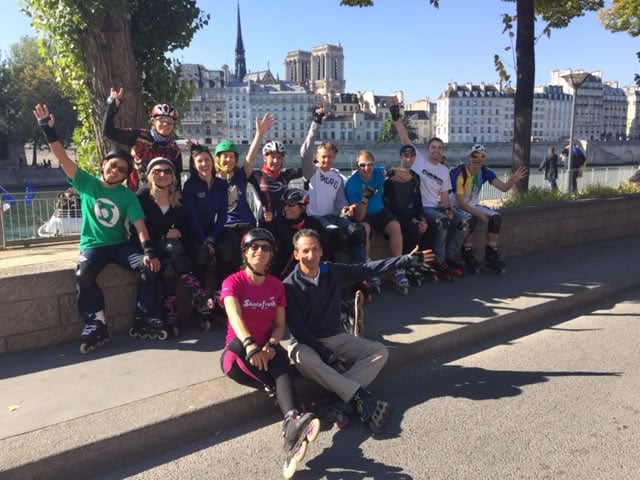 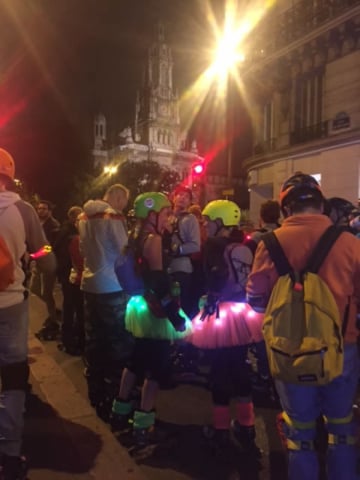 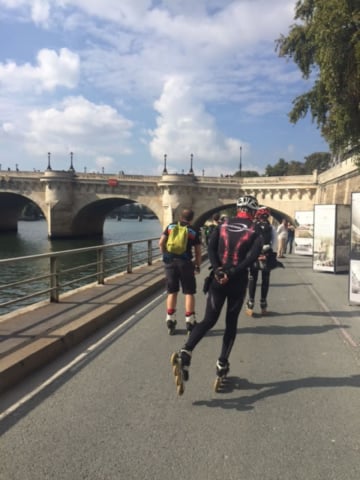 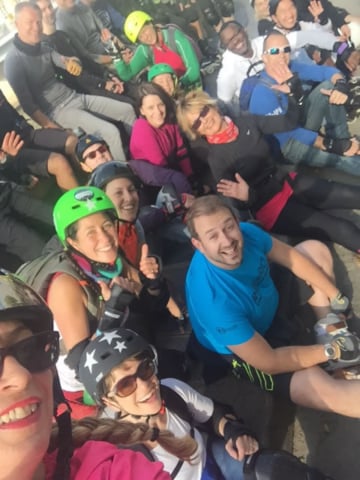 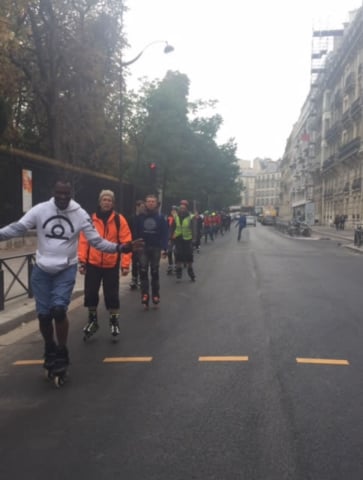 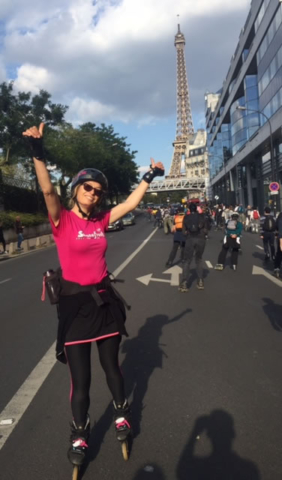 I first fell in love with Paris when I was 16 and living in Oxford. I’d just met Daniela my best friend in Rio and we went on a school trip to Paris. As this year’s Paris Skatefresh trip gathered for photos at the Eiffel Tower, I saw the smiling faces of the group posing for pictures and remembered Daniela climbing a statue now right behind me.

When years later I rediscovered Paris as a skater, it was skating solo around this beautiful city where I had the overwhelming urge to share this perfect Tarmac and stunning architecture with other skaters. It was 2002 and London’s roads were rough and challenging. Skating in Paris felt like having little wings on my skates and the very strange perception (that Lamin also noticed) that there are WAY more downhills in Paris than uphills …..a wonderful “Paris effect” I have always enjoyed.

This year’s trip saw the reuniting of a special group of international skaters many of whom have attended several consecutive Skatefresh trips in the last 2-4yrs (Barcelona, Amsterdam, Vienna, Rio, Copenhagen and now Paris). We holiday with each other often more than with our own families (who some of them also bring along). Some have visited each other in their different countries. We always meet in a different location and share our connection to skating, our wheels and each other.

New Skatefresh trippers also join each time and what I love most is that for some this is their first time ever in Paris. Most have never done the Paris Roller Friday night Skate, which in terms of distance, high speed and mega long smooth runs, cannot be beaten worldwide in my opinion. Everyone handled the challenges very well, cobbles and all. 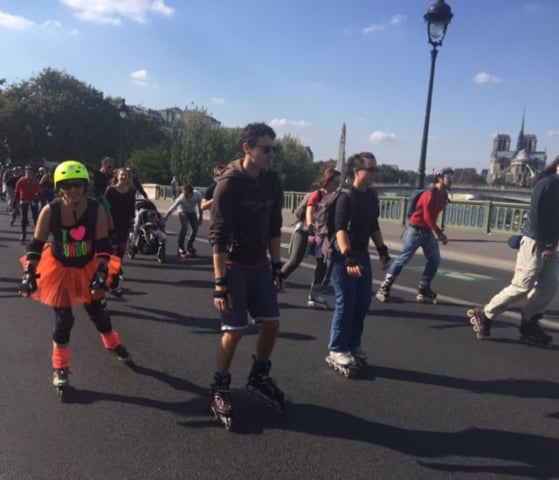 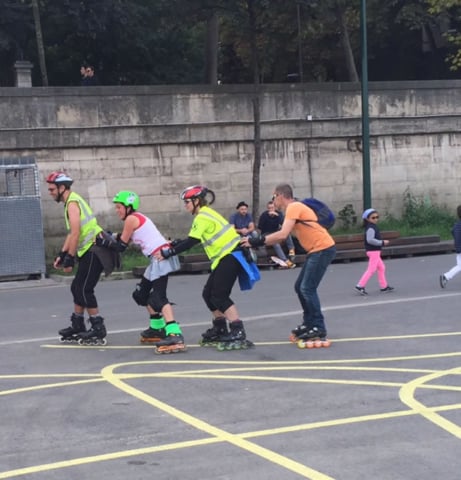 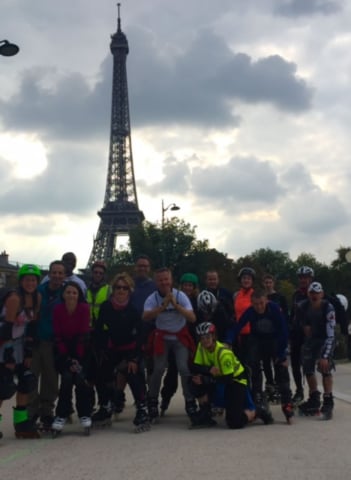 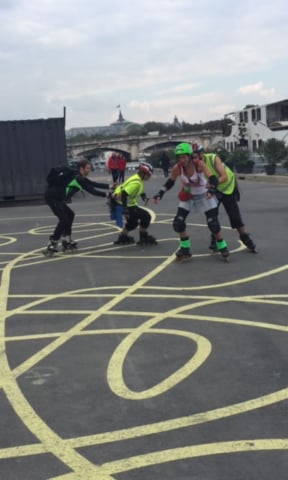 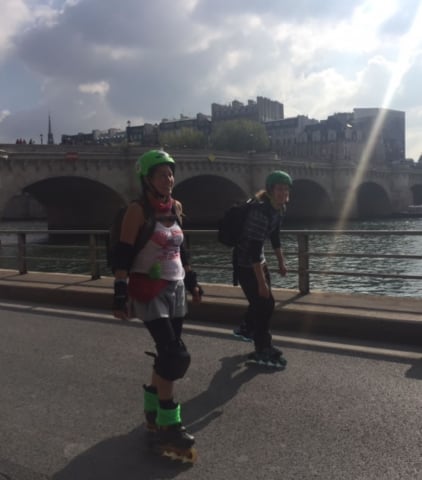 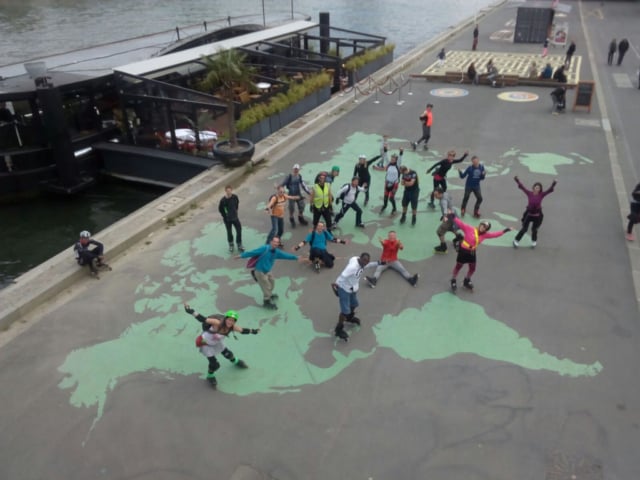 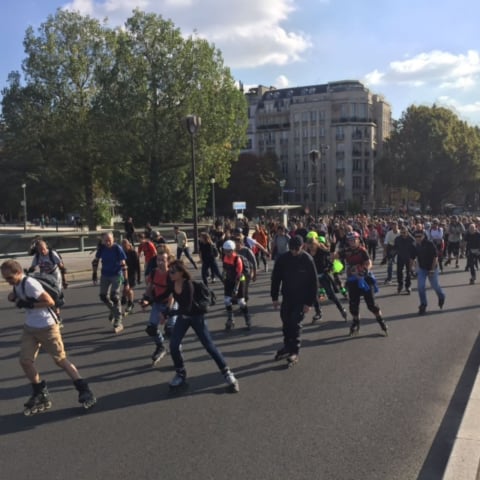 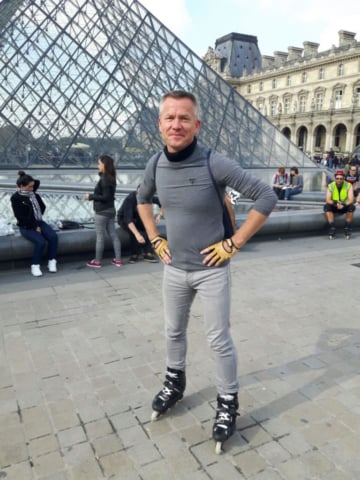 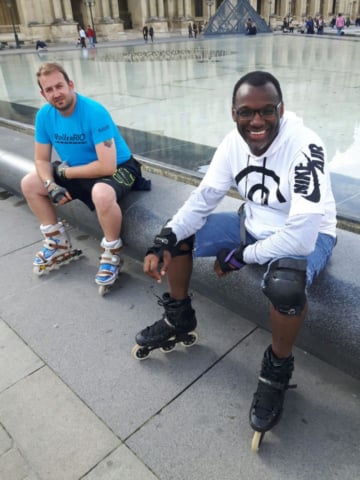 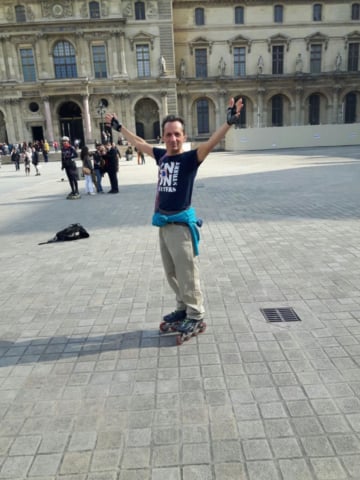 Saturday’s tour was a gentle skate around the city from one site to another, palace de Luxemborg, St Germain, Notre Dame, the islands, Bastille, Place de Voges for picnic lunch or steaks then west through the narrow streets of the Marais, past the Hotel de Ville and onto the newly pedestrianised riverside road all the way to the Louvre.

At Palais Royale we had some lesson time on crossovers and three turns to the sound of a loud samba band. Then later a quieter super smooth lesson on forward entries to back Powerslide at Invalides. Then the final stretch along the south bank recreation area to the Eiffel Tower.

Perfect weather all weekend was of course the icing on the cake. Thank you to everyone for bringing your enthusiasm, energy and humour to the weekend.

Skatefresh’s next European trip will be to Seville on 6-8 Oct 2017. 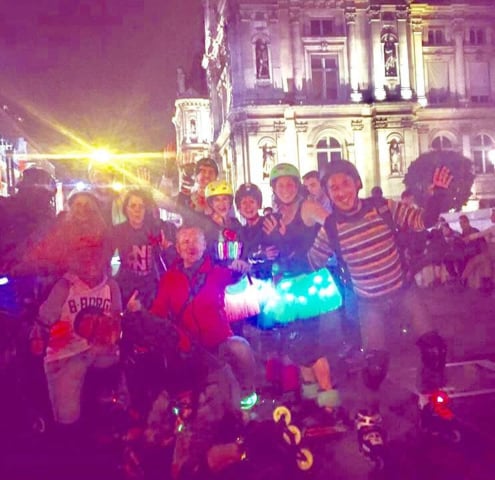 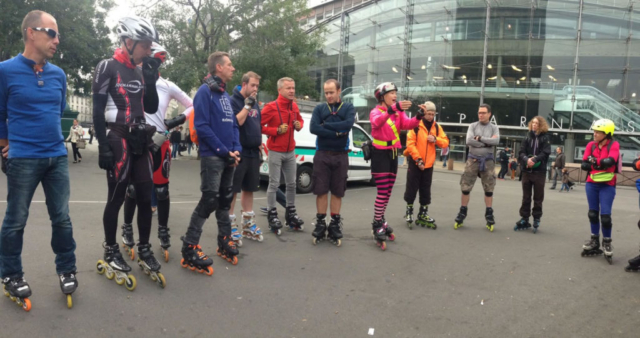 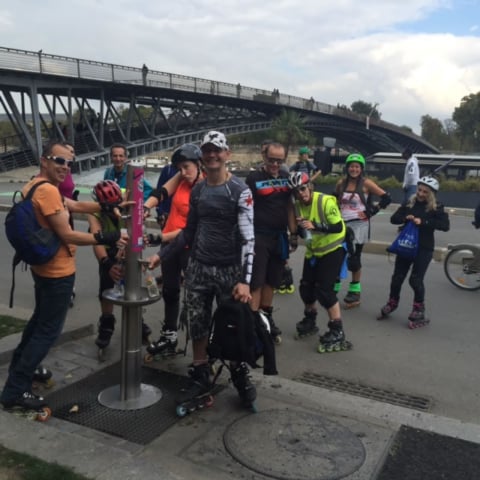 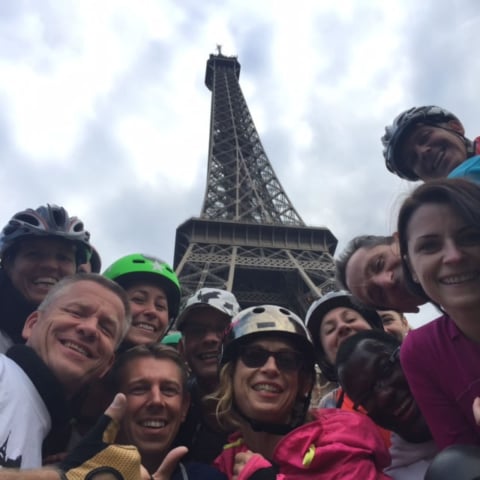 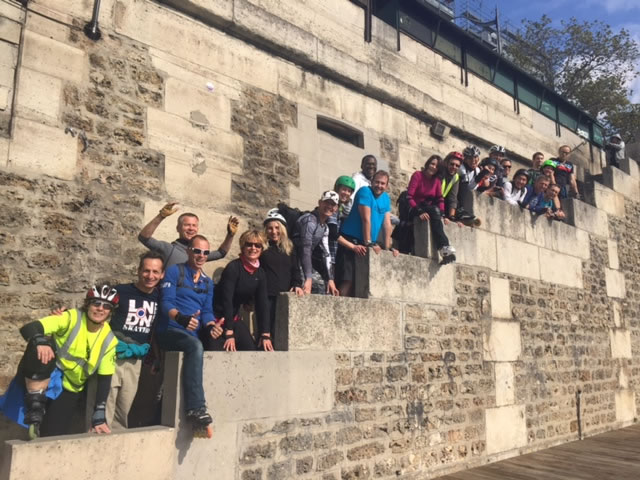 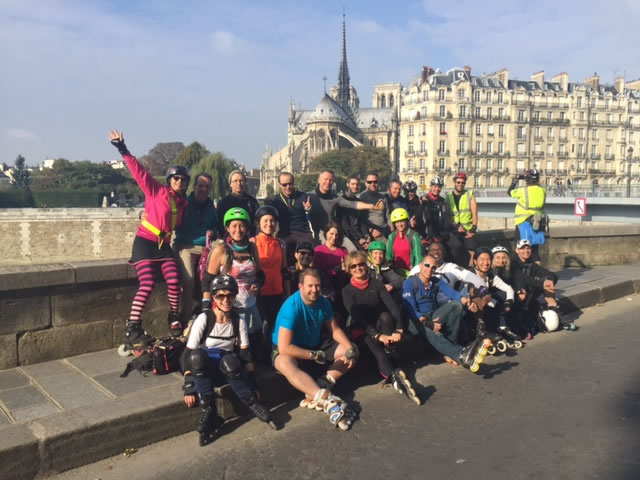 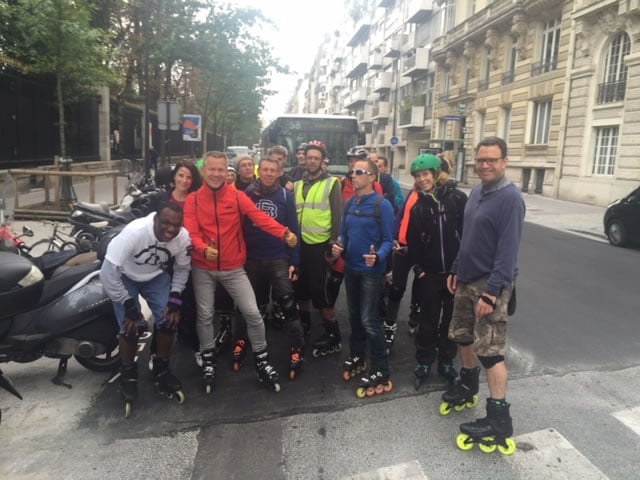 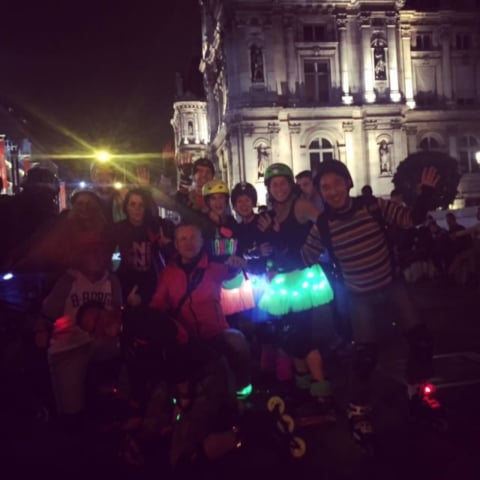 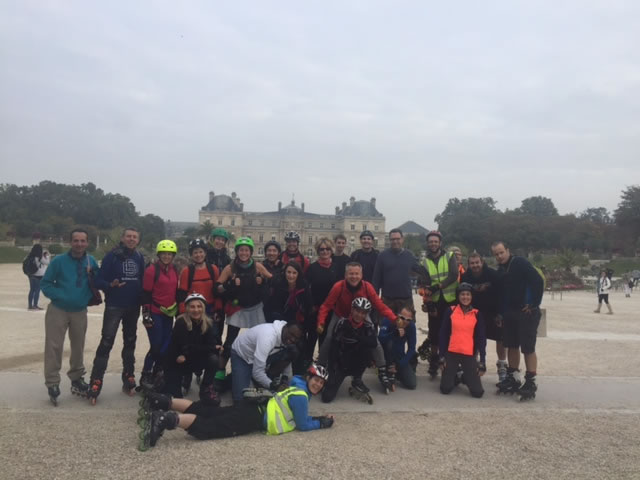 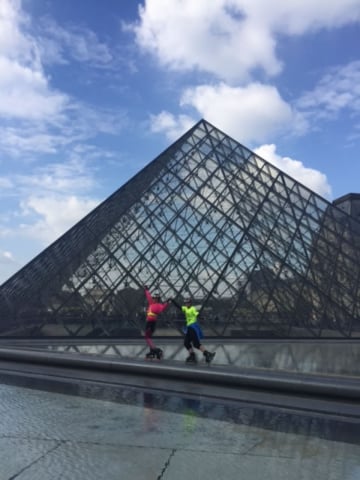 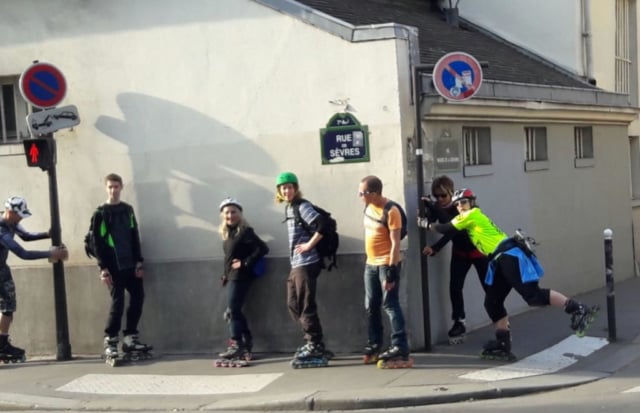