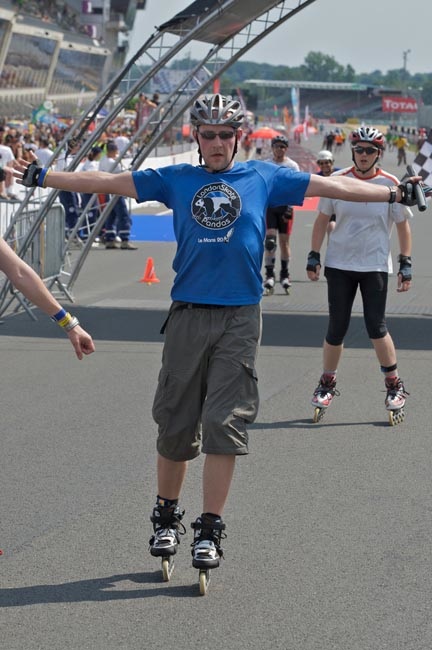 Friday: Day 1 At 5am on Friday morning, I hauled myself out of bed and directly to the shower and then to my rucksack, my snail style home for the next 4-5days…

Camping, skating and staying up for 24hrs straight…. Was this a good idea??

Still wondering what I’d let myself in for, I left the flat, made my way across London to St Pancras – our meeting point and more importantly the Central London starting point for the Eurostar. I arrived to be given a large cup of coffee and my tickets for the whole trip, and as I was more interested in the coffee than the tickets, I then spent 15minutes trying to find which pocket across 2 rucksacks and my person I had stuffed the tickets. What a Narna!!!! That said, I was very glad to find out that I hadn’t over packed, everyone else’s bags looked just as big and maybe even heavier than mine… NICE!!!

The packing euphoria was short lived however, as all of my hard earned packing was turned inside out by security; literally 3 hours of meticulous prep thrown all over the floor by the customs official who thought I was a terrorist or maybe a smuggler??   As it turns out I’d packed a gas canister (for cooking) and a Swiss army knife of an old design that had a locking blade, which much to my dismay were confiscated and I’m sure by now have been destroyed…  just a quick word of advice, if you travel by Eurostar don’t carry a pen knife or any camping gas…

Panic over, we then had a relatively event free, if a little slow, trundle to the tunnel and a super fast trip down to Lille for the first interlude in our wonderful TGV train journey. Lille, whilst very nice, was purely an opportunity for a stretch out, a chat and then onto the next train. As soon as we got clear of Lille International; Les Mans station seemed to loom large. In all seriousness I have to say I love the French railways…. Proper speedy, on time and very comfy; even for a 6ft guy like me.

We all alighted, shuffled our way out into blazing sunshine and realised we needed food for the task ahead. Le Supermarche’ seemed like a good call. An hour later we were all on a very modern tram each loaded with exciting French “sensible food” and our kit heading to the campsite/trackside at Les Mans. Within the group I was travelling with I knew a few people – skating in London is tricky without making a few acquaintances – but I have to say I felt very accepted and part of the crew.

The campsite was like entering a canvas town, with an air of party-anticipation. People from all over the world attend the Les Mans 24 Hr. A very interesting mix of nationalities, obviously including British, French and also Spanish, 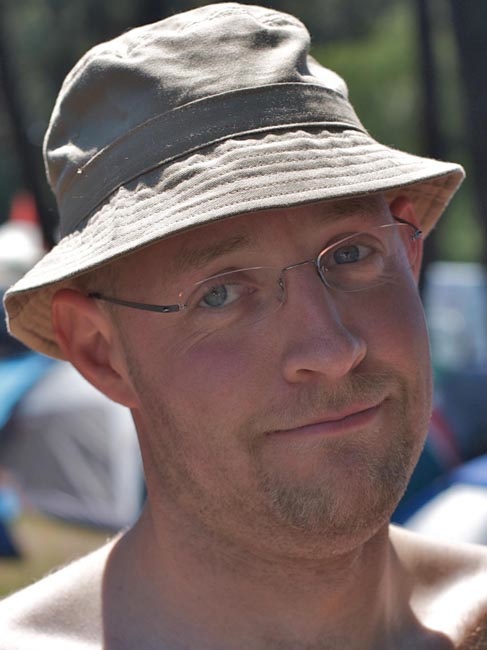 German, Dutch, Polish, Scandinavian, American; I could go on J. Lots of different people with a common interest and goal but all doing it a little differently.

So, we pitched, got comfy, drank a little, partied a bit and got our heads down, well er, some of us did, some of the more party conscious stayed up pretty much all night drinking and chatting – nice.

Saturday: Day 2 Start of the race

I was up pretty early, as is my normal routine. I had a wander about a bit, acquainted myself with the showers again; normal campsite fayre. Then tried to get a view of the track. We had a few hours to get rigged for the race; the actual start time was 4pm, most of the London teams intended to head over to the “pitbox” for 2.30pm. This gave me time, with David’s (of Club Blueroom) help, to rig my skates and get properly settled. This was done by skating off the campsite up the road to the local Decathlon Sports store and back. Very cool and a fantastic opportunity to get any falling on our backsides’ out of the way before the race (which David did beautifully LOL, I might add very unusually for him).

I was also very happy to finally get on the skates that had been a couple of weeks in planning and felt quite comfy and very fast (thank you to Andrew Smith for the loan of frames and to David for the loan of the boots: if you want to know more about what I used at Les Mans email me for more details Matt@skatefresh.com )

And so to the pit box and the RACE!!!

It was decided that we were going to head over pretty much en-mass and sort ourselves out a corner to chill-out in. But what to take with you? What to leave behind in the tent? What food? What spares? What t-shirts? What socks? Sun lotion? Hat? Gloves? Pads? Helmet? Kitchen sink? The planning and thinking and second-guessing going on in my head was endless. What to carry it in? Big rucksack, carrier bag…  Then the question of where do I sleep, what shift will I be on, how will that work?? Oh my god – THE WORRY!!

In the end I took my cues from the others and got packed, got organised and cracked on.

The way the race works is relatively simple, it lasts 24 hours and as a team you do as many laps as you can. There’s some variation in teams / event, there are the normal 10 man teams, (like the Marshalls and Team Panda from London), there are smaller Enduro teams (like Dregs again from London as organised by Marcus T), and then there’s the “crazies” who skate solo, this year George of London speed skaters fame skated solo and placed very well, I’m told making upwards of 110 laps…

In real terms there’s one lap per person at a time. I’d been invited as a reserve into “Panda” as I’d been a late entry and had less confidence in my ability than most, and had no idea of what I was letting myself in for. As it turned out, through 2 different injuries coming up in the two London “fun” teams, I pretty much ended up skating a full team place. I’d like to thank Tanya and Mozza for getting injured at a perfect time for me J LOL. Guys I really hope you’re healing fast and stuff is ok with you… 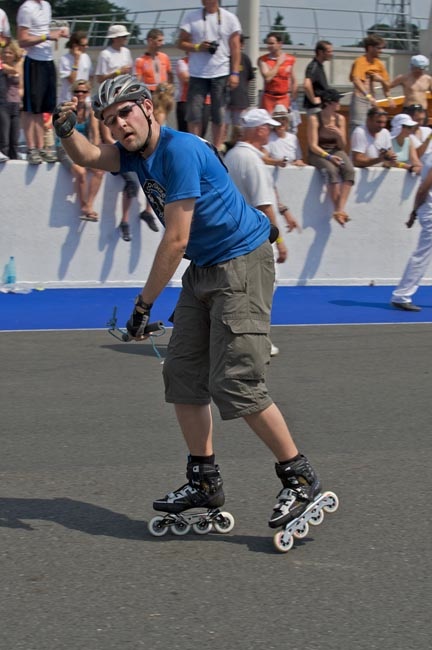 4pm-7pm “free for all session”; any team skater that wants a lap – I think I skated one or two (after that I was hooked, all I wanted to know was how fast I’d lapped and if I’d gone faster than b4).

My first structured shift 7-11pm; skating a lap at a time handing over to one of 3 or 4 others for 3-4hours, not only was I hooked but I was getting faster, concentrating on where I thought I was slow and what strengths I had for the lap.

11pm to 4am: chill, rest, chat, sleep, MIGRAINE!!! I slept off my head-related agony in the car park on my carry mat, once I’d got  rid of the migraine, I supported some of the other guys in Team Panda and the Marshals team: food, sarcasm etc

4am-7am structured shift again amongst, the same guys.  This time I discovered drafting – skating in a “pace line” of other skaters at similar speed to go faster as a group, I couldn’t believe how much faster. Wow, this was very cool…  (I’ve definitely got the bug)

Then from 7am-10am I supported the team by doing some timing and watch work, lap times etc etc, but I was so tired I kept making mistakes and writing stuff down wrong. (much to annoyance of my team mates) I then slept again.  The last 3 hours to 4pm Sunday was another free for all at which point I was asked if I would like to skate the final laps for Team Panda. I said I would love to. It was whispered to me that this was quite an honour and I must say I was really flattered to be asked

Skating across the line being cheered and whooped was amazing until we were all waved through and told we needed to do a second lap, and then a third, my feet were really sore and my legs were totally shot!! All complaining aside: I went from being a hanger-on at the event; to being invited to take up a much bigger role in proceedings than I imagined I could, or would feel comfortable doing. It goes to show that yet again London Skating proves to be inclusive, interested and warm in its reception of others. Seriously, I’m grateful and quite proud to be a London Skater and a Panda J.

PS: if you’re interested in taking a place at Les Mans next year, maybe joining the ranks of other Skatefresh clients and friends. Please email us and let us know.

PPS: Thanks for the pictures: Steev davidson, from serpentine media steevdavidson@gmail.com