It’s been a personal dream of mine to skate and teach in Central Park for almost 2 decades. And last weekend it all happened.

I began my New York experience last Thursday (6th May 2016) with a 17 mile street skate with Sonic Arnav, one of NY’s most active and talented skaters and newly certified instructors. He showed me around all the sites and we “tore up the streets” as they say here… 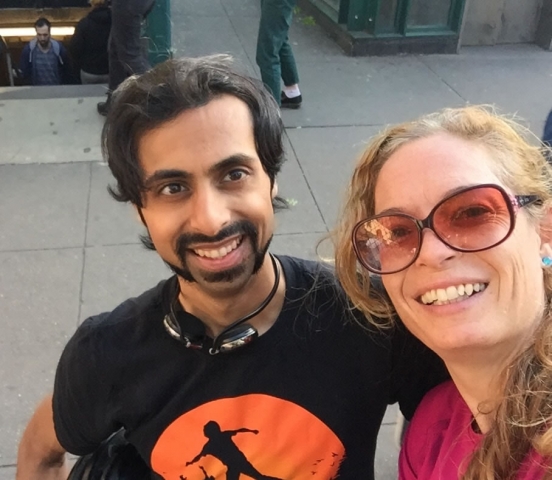 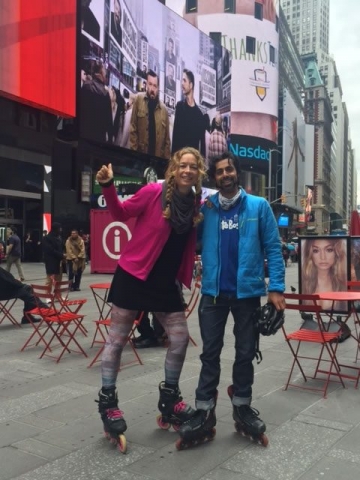 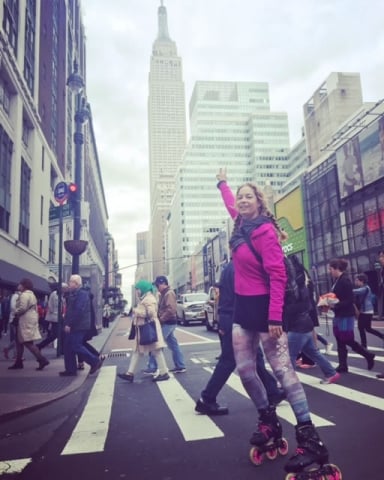 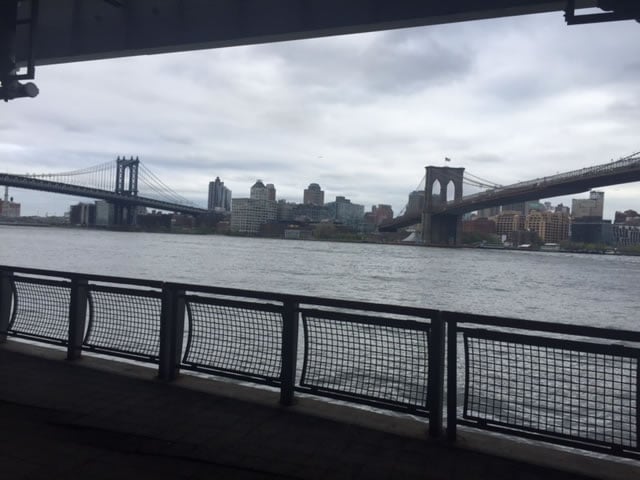 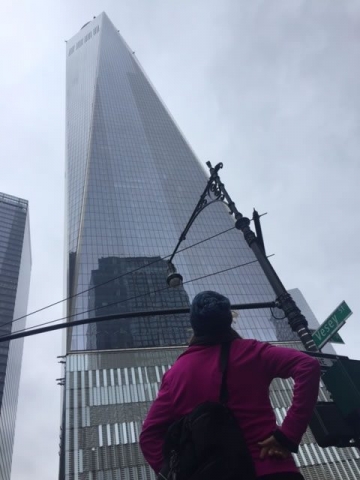 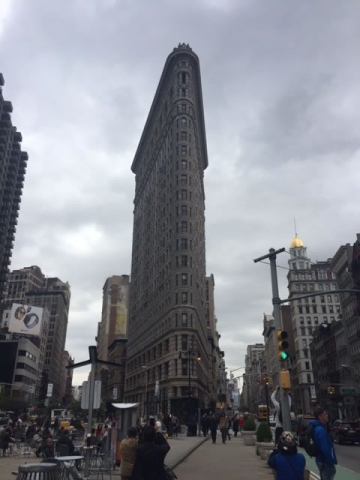 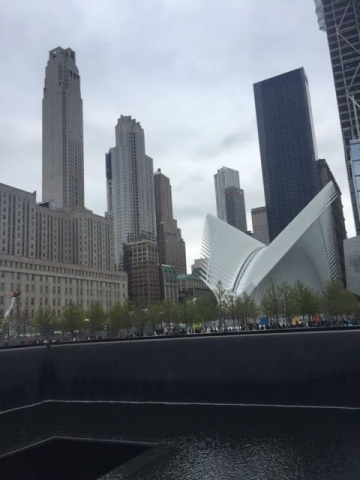 Saturday I had a full day of classes. Stops and Backwards skating. We had some damp ground at the start of Stops class but this made learning the Plough stop, Forwards Powerslide and T-Stop easier to learn. In the dry we then did turning stops. Students came from as far as Washington DC and Philadelphia and from all over NYC. I always love meeting new students (who I’ve often “met” online) and reuniting with people I’ve met before. Skating is full of wonderful people. 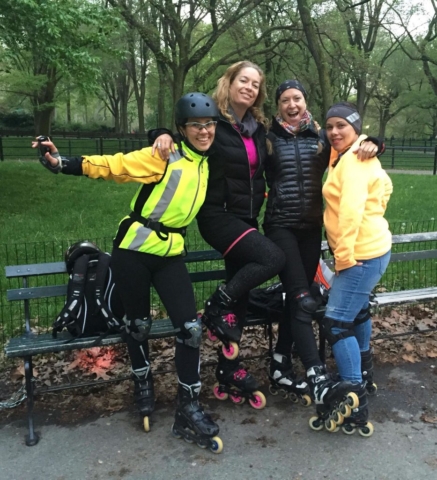 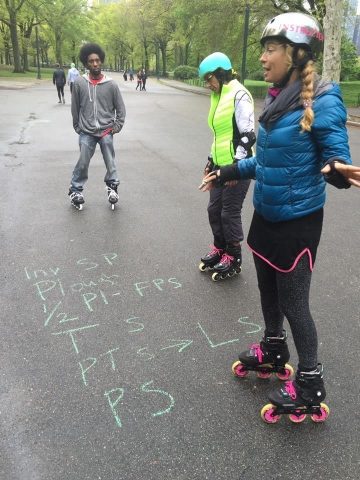 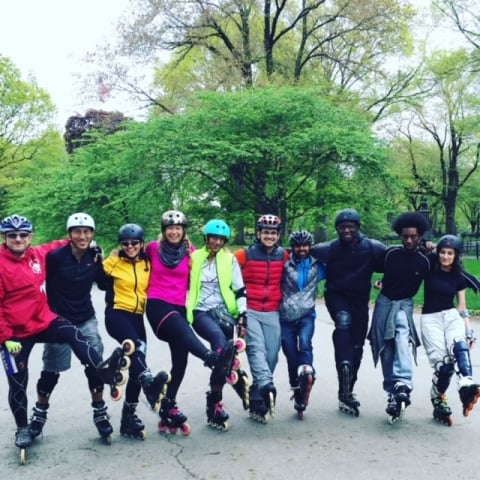 6 of us did a mini street skate at lunchtime to a vegan restaurant which was delicious. A first for many of those skaters! I’m not vegan but Maureen from DC is and I want to try more of it here as it’s so common. 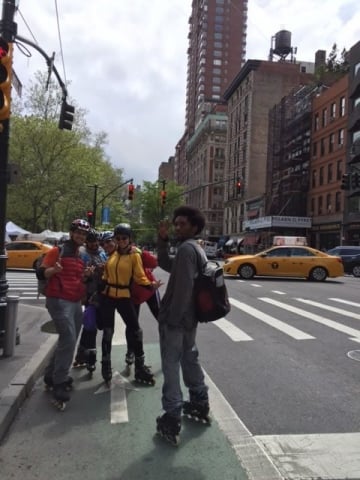 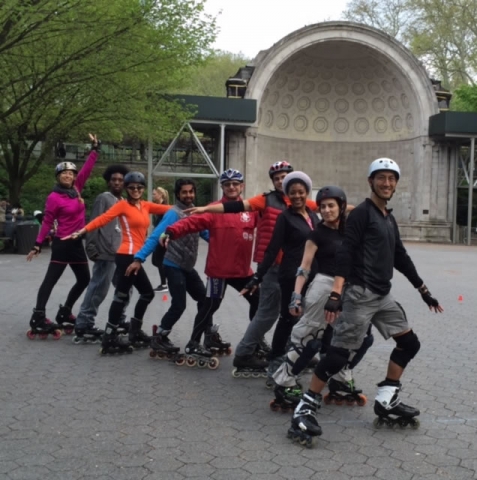 In the afternoon the group nailed their Backwards Basics and learned four propulsion methods and 4 tricky positions followed by transitions and combinations. I was super impressed with the level of improvement. Fast learners.

Saturday ended with a spontaneous night time street skate to the metro in search of vegan doughnuts. Super fun to street skate in NY. Such a buzz! 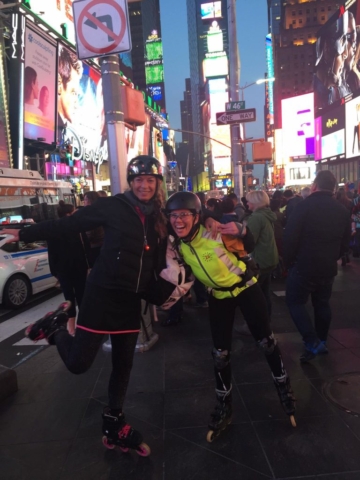 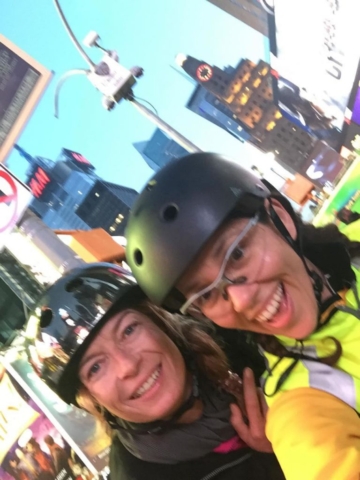 Sunday began damp, dark and miserable (strangely like London) but after postponing the start by two hours we had glorious sunshine all afternoon for our speed class. I LOVE teaching skaters to skate fast, be more efficient and realise where their stride is actually at (and confirm that 95% of ALL skaters make one very basic mistake with their faster skating)…and everyone in the group now knows how to fix and train to eradicate this problem.

I’m using all my speed classes to test my theories and exercise progressions which later this year I’ll be releasing as a series of E-Training Manuals. I think my students liked the process. I saw improvements in just a few hours. Imagine after some weeks of application…

I now look forward to the Wednesday Night Skate in New York in a few days time. One final thrilling street skate in this city will make this trip completely perfect.

If you can ever come to New York, BRING your skates!